Lebanese choreographer Bassam Abou Diab and Italian Jacopo Jenna create a dialogue between their different choreographic practices to generate an open debate on cultural diversity as a trace of possibilities and an element of definition of the body through movement. This series of encounters is looking for strategies of body meeting through different elements like proximity and mimesis to identify crosscultural variables of body attitude and movement qualities.

The etymology of the word incontro originates from the Latin popular incóntra, composed of the prefix in- (reinforcing) and contra = opposite, against, in front of. A meeting, an encounter confronts us with two forces, which at least one moves towards the other (etymologically, ‘against’), and which, however, are directed towards each other. 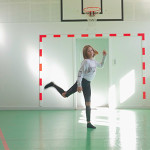 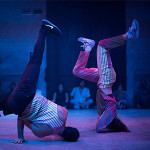 If, If, If, Then
Scorrere verso l’alto